No smoking in time and space!

This is a little off topic, but I saw this in this week’s Radio Times and just had to share it with you. 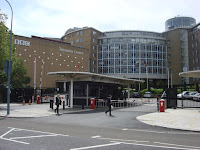 For those who don’t know, the main headquarters of the BBC is Television Centre in west London (see right).
Opened in 1960, it has been the home for the corporation ever since, but is due to be old off as part of the cost-saving drive which has seen Doctor Who Confidential being axed.

Anyway, the building is in a curious round shape, and looks like a question mark form the air! (see below) 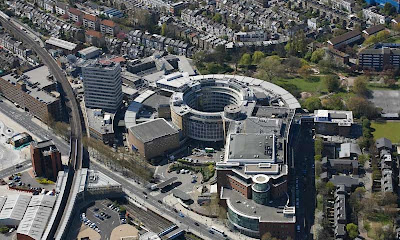 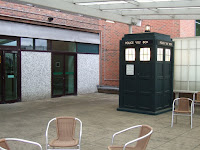 In the centre of the ‘doughnut’ is a fountain and open space. It is here that a TARDIS is on permanent display! (see left)

The UK has a ban on smoking in enclosed public spaces, so office workers have to go outside the buildings they work in to get their nicotine fix, and BBC tv Centre is no exception.

Apparently there is a sign indicating where the designated smoking area is located - and where it is NOT . . . . 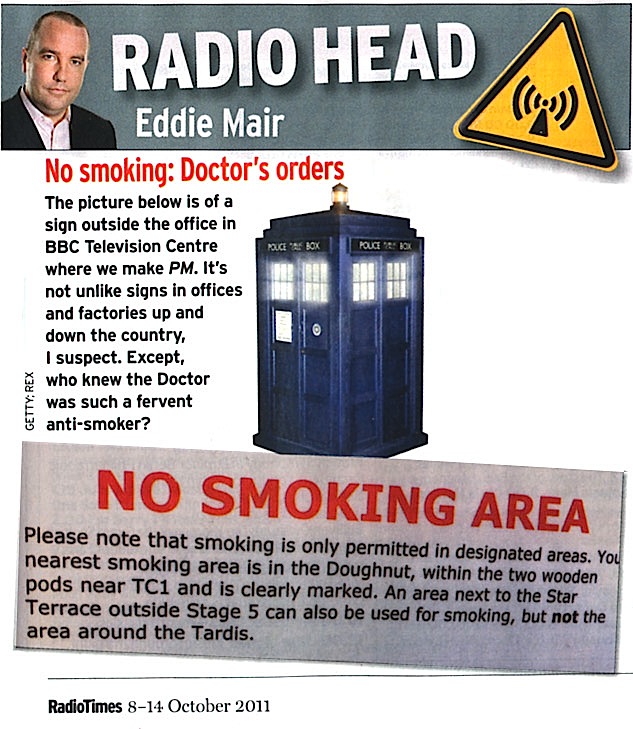 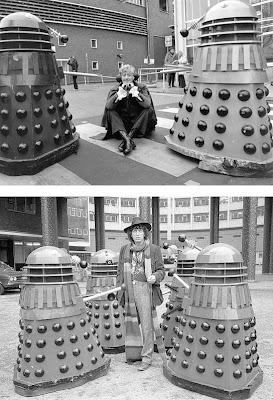 For those that might remember, it was around tv Centre that a couple of iconic publicity photocalls took place.

The first was for Jon Pertwee, who fooled around with a couple of Daleks to launch their return to the show in Day Of The Daleks after an absence of many years; and another not long after Tom Baker took on the role, again photographed with Daleks from Genesis Of The Daleks.
Posted by Steven Ricks Tailoring at 20:12