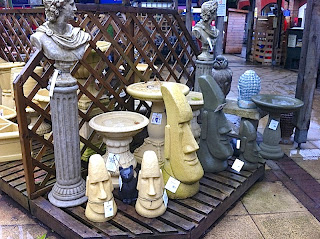 Not strictly costume related - but I thought it would make you smile.

I was out and about and visited a local garden centre. 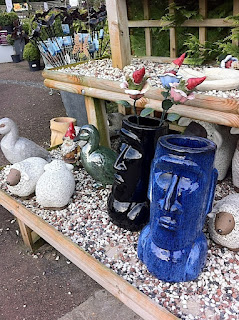 Wandering through the garden stoneware area I noticed that Easter Island heads seemed to be the in thing this year!

There were concrete ones in buff, cream and grey, as well as ceramic glazed ones in blue and black. 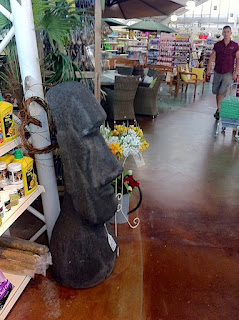 But that wasn’t all - indoors was another alternative, this time in dark grey simulated slate.

Now it makes me think of Matt Smith!

The connection was referred to in The Impossible Astronaut, when The Doctor and River Song are syncing diaries. They mention Easter Island, alluding to the visual resemblance between Matt Smith and the famous statues. 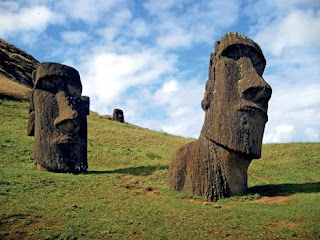 But the connection had been made quite a while before, when tv critic Charlie Brooker made the following observation.

Posted by Steven Ricks Tailoring at 21:21