If you’ve noticed that the updates on my blogs have been a bit lacking the past couple of weeks – there is a reason.
I am just now getting back on my feet (literally) after having an acute attack of vertigo. 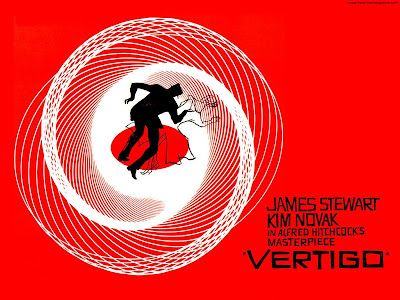 Now, this is not the cliched fear of high buildings a la James Stewart in Hitchcock’d classic 1958 film. What I had was an inner ear infection which brought on a strong giddiness one morning, and before long the room was spinning and I was throwing up.

I found I could not even keep my eyes open – so like Amy Pond in Flesh and Stone, I had to keep them tight shut for fear the sensation would return.

The best way I can describe the sensation, was to think back to when I was a kid at school and you do that mad spinning round on the spot until you can’t stand up. It was just like that – but without all the irritating need to do the spinning. Oh, and the effects were 24-7.

After the doctor was called out (not The Doctor, just A doctor) the following day, I was confined to bed for over a week, and was barely able to open my eyes the entire time.

Anyway, back on the mend now.
But if I am currently in the process of making you something, I’m afraid my schedule has been somewhat disrupted, and may remain so until I can get back on track. I also need to catch up on some exciting blog entires I had been writing before I was struck down, so look out for them soon.

Normal service will be resumed.
Posted by Steven Ricks Tailoring at 14:45