If you are familiar with my Tennant Suit Blog, you will know of an occasional thread I run there called Me And My Tennant Suit. I featured a number of suit owners, all proudly displaying their prized suits.

There have been a number of cosplayers who have assembled some awesome Eleven outfits to date, but I just HAD to share the one below as he is undoubtedly the most endearing and inspirational I have ever seen! 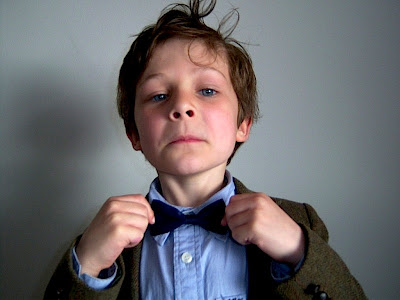 His name is Jack and he is six and a half.

His Dad helped him get this amazing pint-sized costume together.

The jeans and braces came from H&M, the shirt is from Adams and the rest was picked up on eBay.
His Dad said, “The tweed jacket was the hard find, not many kids tweeds come up, and when they do the chance of getting a good colour, two button is slim. So bit of luck with that!” And he only paid £20 for it too!

The shoes were bought for 99p and are actually in the style of Converse All Stars, but by a different maker. I tiny touch of Tennant there!
The bow tie was also a snip at 99p!

His dad says it’s great fun having him run about the house being The Doctor. “It takes me back to my childhood, wearing the long 4th Doctor scarf my gran knitted for me and a hat my grandad gave me!”

He made quite a splash at Tesco the other day apparently, and it’s the only thing he'll wear when not at school!

Personally I find it funny. I recall when Jon Pertwee left I was near to tears and dismissed this new bloke who could never be as good as THE Doctor.
Obviously all thoughts of this were gone by episode three of Robot, and I could hardly remember who that John Pertwood (that’s his name, right?) was anyway.

I gather a collection of this pictures has been sent to Doctor Who Adventures Magazine, with the hope that they might publish one. I think it’s a given he’ll be in there!
When he does, I’ll bring you an update of how it turned out.

Here are the rest of Jack’s pictures. 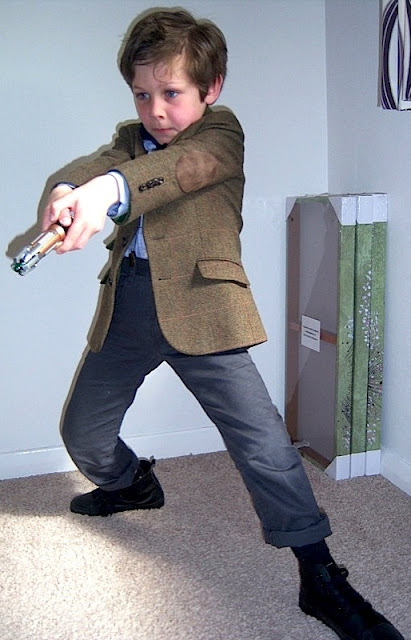 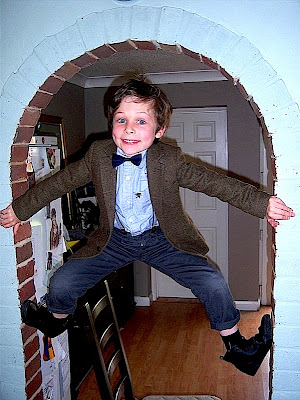 UPDATE
Let’s face it, it wasn’t gonna be a matter of IF Doctor Who Adventures Magazine would publish pictures of Jack in his outfit, more of WHEN. 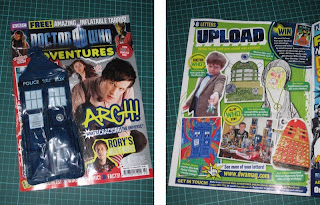 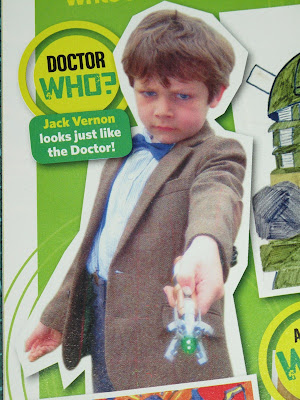 Congratulations to Jack for getting himself in the magazine. When I was young, I read Doctor Who Weekly (as it was then) from issue one, and I never had my photo published.
I never sent in a picture – but that’s no excuse!

Posted by Steven Ricks Tailoring at 08:33