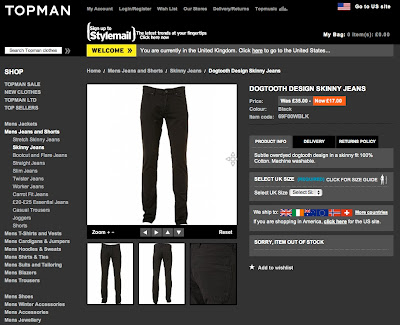 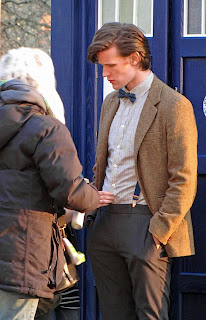 Then amazingly there was a second dip at getting a pair of matching screen-worn trousers.

Some photos emerged of the filming for the last few episodes to go before the cameras.
This time Matt could clearly be seen wearing trousers that were not a houndstooth pattern.

Had he changed his trousers? Well, yes, apparently he had!

The forums kicked in again and within a few hours it was spotted that they were again a pair of TopMan skinny jeans, but this time a grey plain colour. 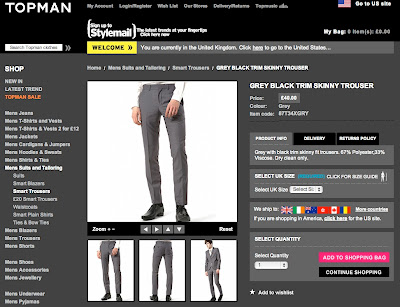 Again these were reasonably priced and available in all sizes. No point going to high street branches (after last time) so I opted for the online purchase as before.
Dispatch was equally quick and another costume element is acquired and bites the dust!

At the time or writing they are still on the TopMan website, but a slowly depleting range of sizes are on offer.

Grab them while you can guys!!!
Posted by Steven Ricks Tailoring at 11:44